Graphic: System hardening is all about protecting your server or workstation.

Did you know that the U.S. government allocated an estimated $18.78 billion for cybersecurity spending in 2021?

The reason why is made clear in the U.S. Department of Defense’s Cyber Strategy Report:

As such, many companies supporting and selling servers and workstations to the DoD are turning to advanced system hardening tools and best practices to improve the security of their servers and other computer systems, oftentimes as a prerequisite for doing business with the DoD.

What does system hardening mean?

System hardening is the process of securing a server or computer system by minimizing its attack surface, or surface of vulnerability, and potential attack vectors. It’s a form of cyberattack protection that involves closing system loopholes that cyberattackers frequently use to exploit the system and gain access to users’ sensitive data.

One official definition of system hardening, according to the National Institute of Standards and Technology (NIST), is that it’s “a process intended to eliminate a means of attack by patching vulnerabilities and turning off non-essential services.”

Part of the system hardening elimination process involves deleting or disabling needless system applications, permissions, ports, user accounts, and other features so that attackers have fewer opportunities to gain access to a mission-critical or critical-infrastructure computer system’s sensitive information.

But at its core, system hardening is a method for protecting a system against attacks perpetrated by cybercriminals. It involves securing a computer system’s software mainly but also its firmware and other system elements to reduce vulnerabilities and a potential compromise of the entire system.

The basic purpose of implementing system hardening techniques and practices is to simply minimize the number of potential entryways an attacker could use to access your system and to do so from inception. This is oftentimes referred to as following a secure-by-design philosophy.

Graphic: There are a few different types of system hardening, but they’re all interrelated.

What are the types of system hardening?

System hardening involves securing not only a computer’s software applications, including the operating system, but firmware, databases, networks, and other critical elements of a given computer system that an attacker could exploit.

There are five main types of system hardening:

It’s important to note that the types of system hardening are broad enough to be universal and translate well across different server and computer system configurations; however, the methods and tools used to practically achieve a hardened or secure-by-design state vary widely.

But for now, let’s review the purpose of each type of system hardening.

Server hardening is a general system hardening process that involves securing the data, ports, components, functions, and permissions of a server using advanced security measures at the hardware, firmware, and software layers.

These general server security measures include, but are not limited to:

Unlike server hardening, which focuses more broadly on securing the entire server system by design, application hardening focuses on the server’s applications, specifically, including, for example, a spreadsheet program, a web browser, or a custom software application used for a variety of reasons.

Examples of application hardening include, but are not limited to:

Operating system hardening involves patching and implementing advanced security measures to secure a server’s operating system (OS). One of the best ways to achieve a hardened state for the operating system is to have updates, patches, and service packs installed automatically.

Oftentimes, operating system developers, such as Microsoft and Linux, do a fine and consistent job of releasing OS updates and reminding users to install these updates. These frequent updates –  and we’ve all ignored them – can actually help keep your system secure and resilient to cyberattacks.

Other examples of operating system hardening include:

Database hardening involves securing both the contents of a digital database and the database management system (DBMS), which is the database application users interact with to store and analyze information within a database.

Types of database hardening techniques include:

Network hardening involves securing the basic communication infrastructure of multiple servers and computer systems operating within a given network.

Two of the main ways that network hardening is achieved are through establishing an intrusion prevention system or intrusion detection system, which are usually software-based. These applications automatically monitor and report suspicious activity in a given network and help administrators prevent unauthorized access to the network.

Using these techniques in combination with an intrusion prevention or intrusion detection system reduces the network’s overall attack surface, and thus, bolsters its resistance to network-based attacks.

Photo: The NIST maintains one of several system hardening standards.

What are some system hardening standards?

Graphic: There are a few different ways to harden your server or workstation. They involve addressing different aspects of the system.

How can I harden my system?

Generally, how you harden your system depends on your server’s configuration, operating system, software applications, hardware, among other variables.

The system hardening standards and guidelines published by the NIST and CIS Center for Internet Security, for example, discuss system hardening techniques specific to Microsoft Windows, Unix, and Linux.

So, if you’re curious about how to begin the system hardening process, reading the NIST’s Special Publication 800-123 and the CIS Center for Internet Security’s free benchmark PDFs is a good place to start. You can then, if necessary, consult with an experienced cybersecurity professional on how to move forward with implementing these standards’ recommended processes and best practices within your business or organization.

There are some common and transferrable system hardening practices of which you should be aware, however. We’ve put a few best practices in the checklist below. 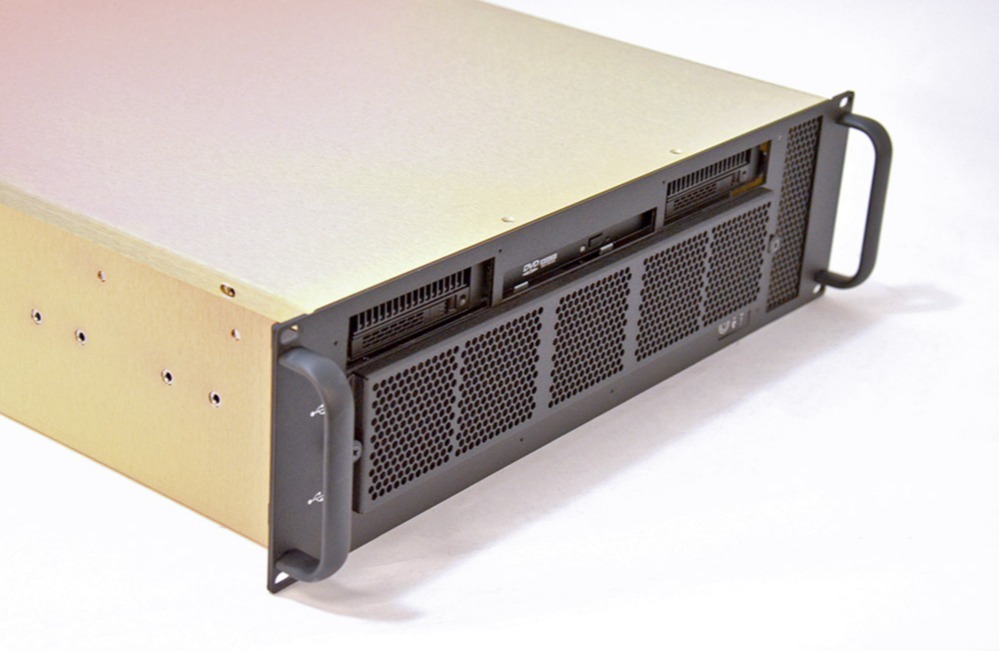 Trenton Systems partners with leading cybersecurity companies and is able to make changes to its server hardware, firmware, and software in an effort to further secure, or harden, its servers and workstations.

The 3U BAM Server is our most recent shining example of trusted computing and system hardening. The BAM is secured by Intel PFR, Intel SGX, and Intel TME, and we can even make changes to its ports, further secure its BIOS, among other enhancements, to ensure that your BAM server is as cyber-resilient as possible.

In addition, Star Lab, a Wind River company and Trenton Systems software technology partner, offers the Titanium Security Suite for Linux operating systems. Through our partnership with Star Lab, we can incorporate this suite for customers upon request. We can also incorporate FUTURA Cyber’s self-encrypting drive security manager to assist with the management of FIPS 140-2 SEDs.

For more information about acquiring a hardened rugged server or workstation, reach out to us. Our in-house cybersecurity experts and cybersecurity technology partners are here to assist you every step of the way.

Airsoft Action - New Issue is out!

Why Zero Trust Is the Future of Cybersecurity

Why the Armed Forces Must Prioritize Secure, Made-In-USA GPU Computers